Do I need Costa Rica Residency? 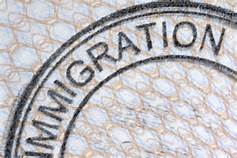 According to the recent Census statistics in Costa Rica, there are about 150,000 foreigners from the United States who choose this country as their permanent place of residence. Only about half of these foreign residents from the U.S. have followed the legal path of residency or naturalization, the rest live in some state of perpetual tourism. These long-term tourists, however, have seen their lives become a bit complicated in the last few years.

Perpetual tourism in Costa Rica is enabled by a straight-forward interpretation of current and previous laws. Legislators and legal analysts have always managed to include some level of ambiguity with regard to visas for tourists and the consequences of overstaying. This is further complicated by the fact that rulemaking in Costa Rica often tends to contradict standing law, and it takes a while for the mess to be fixed.

Perpetual tourists in Costa Rica tend to be from Group One countries, which are mostly comprised of North American and European nations. Visitors who hold passports issued by Group One nations can enjoy a three-month visa issued at Costa Rica’s various ports of entry such as the Daniel Oduber Quiros International Airport (LIR) in Liberia, province of Guanacaste.

The Costa Rica Star has numerous articles on the subject of perpetual tourism, which is the term used to describe the different ways certain tourists can get around the permanent residence obligation:

Law 8764, as it pertains to Immigration and foreigners, unintentionally creates the “perpetual tourist” immigration status that many foreigners take advantage of. The relevant section of the law is Article 33, section 3, which directs all foreigners to exit the country upon expiration of their visas. That section states tourists must either exit the country upon expiration of their visas, or else pay a fine equivalent to $100 for each month overstayed. Failure to abide by this section could prevent the tourist from getting a visa for a period equal to three times the amount of time overstayed. This fine does not apply to minors, refugees, or disabled elderly persons.

The law does not explicitly prohibit tourists to stay away for any length of time, and thus perpetual tourists can take advantage of this. The law does question foreigners who intend to make their stay a more permanent affair and fail to apply for temporary or permanent residence. There are several situations -other than marrying a citizen- that merit the issuance of a residence permit. Professionals, journalists, investors, and employees of certain companies [for example] can modify their status from tourists to residents.

Immigration reform was enacted in Costa Rica in 2010. Years later, it is still being painfully implemented. For example, the law has a $25 visa extension that can be granted 48 hours prior to the visa expiry, and yet few immigration officials seem to know about it. Then there’s the contradiction itself, which on one hand reminds foreigners that they must file for a residence permit if they intend to stay in the country longer than three months, but on the other hand allows them to exit the country and return for another three-month round of fun in the sun.

The contradiction is not lost on the rulemaking and administrative procedures of immigration officers. There are not too many reports of foreigners being hit with the $100 per month visa overstay fee, but there are numerous reports of perpetual tourists who have been given visas of only one month upon their return to Costa Rica. This seems to be an arbitrary decision by immigration officers who are basically reminding perpetual tourists that they should be filing for residency, but it could also be that they are as confused as everyone else about the law.

Applying for Residency: A Legal Alternative to Perpetual Tourism

Perpetual tourism in Costa Rica may sound like a ticket to eternal summer slacking, but the reality is not so enticing. Visa runs to Panama and Nicaragua are becoming uncertain and getting pretty expensive. Some perpetual tourists are wondering if saving $100 per month to cover their visa overstay is actually better than visa runs. Others end up considering nefarious schemes. There is a better solution to all this hassle and uncertainty, and it involves applying for resident status.

As mentioned above, marrying a Costa Rican national is not the only path to residency -although quite a few foreigners consider Ticos and Ticas to be attractive spousal prospects. There are plenty of other strategies and approaches to residency.

According to Immigration Experts founder Marcela Gurdian, the path to legal immigration in Costa Rica can be accomplished in many ways that are less taxing on the wallet and on the soul than going on visa runs every three months.

From becoming a principal in a business entity to seeking medical treatment and convalescence, the laws in Costa Rica offer feasible options for foreigners who wish to become legal residents. There are different immigrant categories, which also include students and workers who contracted for specific projects by companies doing business in Costa Rica. Since perpetual tourists often end up working or doing business to support them in the most expensive country in Latin America, they may be better off applying for residency and leaving visa runs behind.

If you would like to apply for legal permanent residency in Costa Rica and have all of your immigration questions answered, contact Immigration Experts, law firm specialized in immigration matters over the past 20 years. You can check their website: www.immigrationexperscr.com or email Nicole.quesada@immigrationexpertscr.com.